As the world human population continues grow in number and mobility, and the impacts of climate change take effect, the opportunities for problematic relationships with non-human animals multiply. There are escalating threats to health from wild vectors of zoonotic disease, and so called ‘invasive’ species have been identified as a significant direct driver of an unprecedented period of global biodiversity loss. This brings a sense of genuine urgency to control problematic wild populations; in the UK alone, it is estimated that 38 million wild mammals and birds are killed as pests. However, the impact of these animals is not always objectively appraised. Control interventions are often ineffective, may be counterproductive and can cause severe suffering. Decisions about when, where and how to control animal populations can be affected by attitudes and philosophical perspectives, influenced by how language is used.

A systematic review of wildlife population control studies was carried out to determine whether negative linguistic framing of animals was associated with poor welfare outcomes. Framework analysis of titles, abstracts and keywords was used, and assessments made of the welfare impacts of control methods. This analysis revealed language that framed target populations in terms of War, Threat, Place, Victim, Value, Sentience and Naturalness with a range of associated themes. There was a relationship between negative framing and methods with the most adverse welfare outcomes, but the effect was not consistent. It was clear that there are cultural conventions within the science that were reinforced or challenged depending on many factors including the status of the species and the context of the intervention. More work to explore and challenge cultural conventions in describing targeted animals, and robust reporting of the welfare impacts of control methods are needed to tackle this, often disregarded, animal welfare emergency.

Find the abstract here, the conference paper here, and the slides here.

Tomorrow and Thursday I will be presenting a paper on dog safety in children at the 2017 BSAS Annual Conference (#BSAS2017). This paper is the result of research done with one of my recent final year undergraduates, Evie Nyari. The paper can be found here, and will be presented as a poster (click to download PDF version). It has been three years since I have been at BSAS, so I’m looking forward to it!

Abstract to be presented at #SEBCST16

Students enrolled on Veterinary Physiotherapy, Animal Therapy or HE Equine courses at Writtle University College share an introductory animal nutrition module in the second semester of their first year. In order to encourage development of both subject-related and transferable skills in their curriculum, this module includes coursework which asks the students to analyse a new animal feed in the laboratory, after which they are required to design a package and a commercial video for this product. This was a group exercise.

The assessment was supported by lectures on nutrition for various life-stages in dogs and horses and legal requirements for packaging, lab practical sessions to help understand the nutritional values, and workshops to support the design process and use of various software packages involved in video editing.  At the end of the semester, student groups were asked to present their commercial video, submit a hard copy of their package and were questioned on various nutritional aspects of their product. They received peer feedback and staff feedback on their work, covering both product design and subject-specific matter.

Student feedback on this assignment was positive. They enjoyed the opportunity to be creative and demonstrate their understanding through product design. Some students went as far as to role-play their commercial video or create a 3D model a feed package. There was a good spread of marks, and staff feedback was very positive.

Originally publised in The Biologist (link), written by Francis Hooton.
(Hooton, F. (2016) ‘Don’t judge a scientist by their degree grade’. The Biologist 63(1), p7) 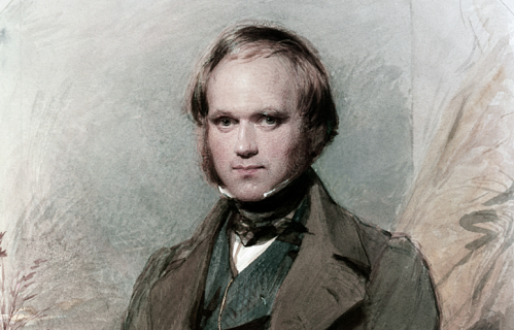 Many people, for many reasons, have failed to get the grades they are capable of, or messed up their degrees completely.

Yet throughout history, people have pursued scientific investigation or engineering, often through the help of others, with poor grades or having never studied science formally at all. These people have gone on to develop world changing technologies or made great breakthroughs in our understanding of the natural world.

Eminent examples include three Copley Medal winners: Michael Faraday, who did an apprenticeship, and had no degree; Charles Darwin, who got an ‘ordinary’ degree in theology; and James Joule, who had no degree. John Walker, who won the Copley Medal and the Nobel Prize, got a third class honours degree due to illness; and Admiral Henry Jackson, who invented radio communication between ships, did not have a degree.

Is it possible that these pioneers in science would struggle to get a research placement today, where research councils demand no less than a 2:1 BSc honours degree? (Exceptions to this entry requirement do occur, but only where laboratory leaders are well funded and know the student.)

I decided to look more closely at the degree grades of Fellows of the Royal Society (FRS) who worked in the experimental sciences*. It is, of course, difficult to compare the grades of people studying centuries apart, because degree terminology has changed significantly. But of nearly 300 surveyed, 18% achieved third class honours or worse, and even more had ‘ordinary’ degrees (the definition of which has changed over time, but generally means a pass without honours).

Contrary to the general belief that 70% to 80% of experimental scientists at FRS level have first class honours, I found the figure is closer to half (54%); 10% of these distinguished scientists never did degrees, and almost a third (30%) have a second, 2:2 or lower. Many of the most well known scientists on my list got the lowest grades.

The findings have important implications for decision making when offering PhD places and research jobs: clearly degree grades are not a reliable indicator of research ability and potential. A similar study to mine by Liam Hudson in 1960[1] reached similar conclusions, and although his sample was a fairly small cohort of Oxbridge graduates, his message has clearly been ignored.

A more thoughtful approach needs to be adopted by academics, industry and the research councils when selecting and interviewing students for research jobs. The system should mean students who have potential and are motivated, but have lower grades, can still get jobs, while those with firsts who are not suited to research are prevented from entering the system.

Students being interviewed for PhDs or research jobs could be given some new data to analyse or problems to solve. Those who have research ability, creativity or can think laterally are more likely to come up with interesting analyses or solutions; those who memorised their way to a first might not. If the quality of undergraduate research projects and theses are considered too, degree grades could almost be ignored.

I am told certain institutions such as Imperial College do employ similar sounding methods, but in my experience of meeting PhD and research supervisors I have never been given a problem to solve or take away to work on.

And do employers or academics do enough to understand a student’s motivation? Those with a first who just want to get their PhD may not be as valuable as those with worse grades but a dedication to a life in research.

The UK faces a skills shortage in science and other STEM subjects. Why would any academic institutions want to turn away people who could be very good at research? Looking at some of the great scientists of the last two centuries, it would be madness to shut the door to their potential modern day equivalents because of a couple of percentage points on their degree.

Full details of the survey methodology can be obtained by emailing the editor, Tom Ireland.

Acknowledgements
About 30-40% of the names in the survey replied to email. The rest were obtained from Royal Society biographical memoirs, Science Vega videos and other biographies. Thanks to Frederick Vine FRS and Steve Busby FRS for their help and support and to all the Fellows who replied. Thanks also to the Cambridge and Oxford student offices, and to Dr Paul Johnston at Glasgow Ecology and Tropical diseases department for helpful discussions and statistics advice. Special thanks to Donald Grierson FRS for help, criticisms and discussions and to Dr Steve Catterall and Professor Paul Barlow at Edinburgh University. Thanks to all Fellows of the Royal Society who replied to email.

Biography
Francis Hooton is doing an ecology research internship with the University of Glasgow. He has Asperger’s syndrome, which affected his original biochemistry degree from the University of Aberdeen. After being diagnosed and given the appropriate support, he completed a master’s in biochemistry and molecular biophysics at Nottingham University.

A website about cycling, a long way and quite often.

An Australian Couple Cycling the World with a Sense of Urgency

A Guy on His Bike

My experience as I explore the world by bike

All about road cycling here...

On cycling, long distances and short ones

Professor of Psychology and Author

A Stream of Thoughts with a Theme of Sorts

An online Portfolio of a Bioveterinary Science Student

The journey of a Bioveterianary Science (MSci) student

This blog is a resource for anyone interested in developing their awareness of the qualitative methodology Grounded Theory.

Blog dedicated to promoting the use of research in schools

The Journey of a Bioveterinary Science Student